I was approached recently by the Australia Institute to posit my ideas for my island home taking a serious and long-term view, 32 years ahead to 2050. I was one of seven initial contributors, asked not just to think of a generational goal, but what assets did Tasmania already have that would help us achieve it. I realised how little time one spends thinking long term, but in fact how essential it is. 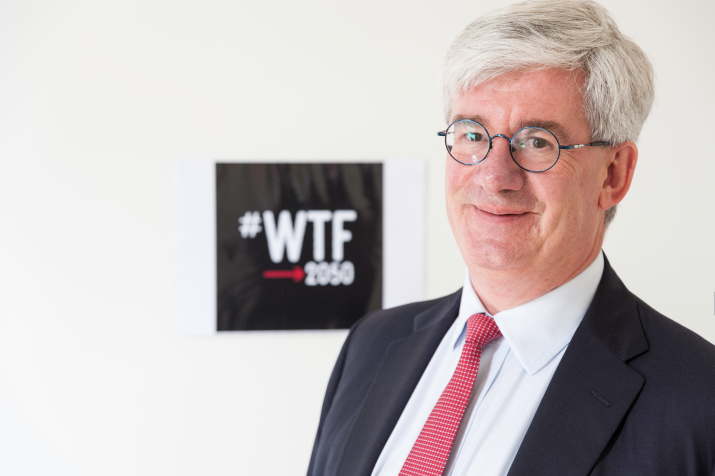 My ‘goal’ for Tasmania’s future in 2050 is, in one sense, quite simple – and in line with everything I’ve said or written about Tasmania over the past decade. I believe that we should aim to lift ourselves off the bottom rung of the ladder of Australian states and territories ranked by economic performance. That doesn’t mean that we can, or should aim to be, the richest in the nation, judged only by narrow economic criteria. But nor should we, or do we have to, accept being the poorest. We can do better.

If it wasn’t for the way that the national income tax and social security systems work – Tasmania is the only state or territory whose population pays less in income tax than it receives in pensions and other social security benefits – the average Tasmanian’s income would have been almost $12,700 (or 24%) below the national average.

And if it wasn’t for the way in which revenue from the GST is carved up among state and territory governments, which gives the Tasmanian Government a bigger share of those revenues than our share of the national population, Tasmanians would be paying (out of those lower incomes) more in state taxes, and receiving less by way of education, health, police and other services which those taxes help to fund.

Ultimately, Tasmanians are the poorest people in the nation because of our long-standing poor economic performance.
In 2016-17, the total value of goods and services produced in Tasmania – the so-called gross state product – was, per head of population, some $15,500 or 22% below the national average (as well as being lower than that of any other state or territory).

And this difference in the most widely-used measure of economic performance will continue to widen, dramatically, over the next 33 years unless we consciously, and deliberately, seek to prevent it from doing so.

One cannot but wonder whether the rest of Australia would remain as willing to support Tasmanian households, and Tasmania’s government, in the way that they do now, in those circumstances.

A lot of those choices are about how much education we want our young people to have, and how we provide it to them; or about how we make up for the inadequate education we’ve provided to Tasmanians who aren’t so young any more.

There’s another set of choices to be made about the kind of economic activities we want to nurture and grow. Ideally, they will be ones which entail the production of a range of goods and services, embodying a high intellectual content, and which can be sold at premium prices to discerning customers here, on the mainland and around the world – so that we can overcome the disadvantages of small scale and great distance.

And there are choices we can make about how we raise revenue to pay for public services; how we build and operate essential infrastructure; how we house our population, in particular the most vulnerable among us; and how we care for our elderly population, for children in need, and others who might otherwise be finding life difficult.

We can’t be as rich as Sydney or Melbourne; or, for different reasons, Western Australia or the ACT. And we shouldn’t try to be, given the (often unmeasured) aspects of life which people who do live in those places face, things which most Tasmanians would rightly regard as repugnant or alien.

But we don’t have to be the poorest in Australia either. We could be better off than the average South Australian, for example. That wouldn’t be easy – but it isn’t impossible.

And aspiring to be better off, in a material sense, isn’t an end in itself. Rather, it’s worth thinking about, not least, because it will make other, often more pressing, problems easier to solve.